This landscape character type is found in the Shotley Peninsula in south-east Suffolk. The area runs from Bentley north to Belstead and Wherstead and south to Holbrook, Harkstead and Shotley, enclosing the valley of a south-flowing tributary of the Stutton Brook and the drowned valley containing the Alton Water reservoir.

This landscape type consists of an elongated, elevated and relatively flat central spine with sloping sides where it is dissected by river valleys or meets the Orwell Estuary. This central plateau is capped by fine-grained loess deposits that originated as wind-blown sediments from glacial sources. The resulting deep loams are mainly well-drained, but some waterlogging can occur. To the late-18th and 19th century agricultural writers these were ‘rich loams’ and considered to be the best in the county.

The pattern of fields is characterised by large-scale arable blocks divided into rectilinear fields. The pattern is indicative of relatively late enclosure, but there is no recorded parliamentary enclosure of common-field arable. There are some notable hedges of holly with pollard oaks, while suckering elm is usually very dominant on the lightest land.

This is a very anciently-settled area, with a substantial Neolithic ritual enclosure at Freston which is likely to be in the region of 5,000 years old. This only survives as a cropmark when seen from the air and there is little at ground-level to indicate this antiquity. The existing settlement pattern is mainly one of nucleated villages, but with some dispersed farmsteads and clusters of houses.

Most of the larger landscape parks in this area have been broken up – Woolverstone Park is now a school, Tattingstone Park has been largely lost to the Alton Water Reservoir and Holbrook Gardens has been reduced to woodland.

The area has a substantial number of ancient woodlandss, some up to 80ha in size. In the west there is the close grouping of Great and Little Martin’s Woods (probably named after a French abbot who owned them c.1200), Dodnash Wood and Holly Wood (recorded as the ‘wood of Hulney’ in the late 12th century) in Bentley; Old Hall Wood on Bentley’s northern boundary close to Spinney Wood and Wherstead Wood, with Holbrook Park and Cutler’s Wood forming another group to the east. The southern part of the area has smaller woods, such as Rence Park.

The views in this landscape are usually open and only occasionally are they contained by woodland. Despite this, woodland is a strong feature of the views within this landscape. The Colchester to Ipswich railway line runs through the western side of the area and the A14 trunk road clips its northern end. In some places views of the Port of Felixstowe can be very prominent.

This landscape is generally maintaining its character and condition, although there are some development pressures around transport links. 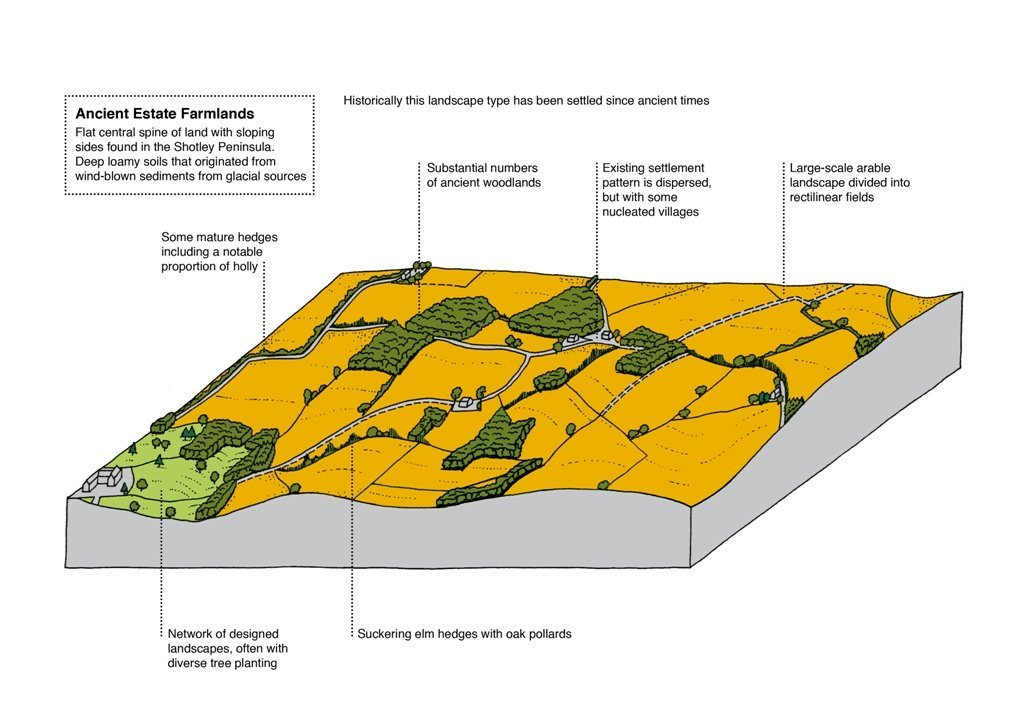 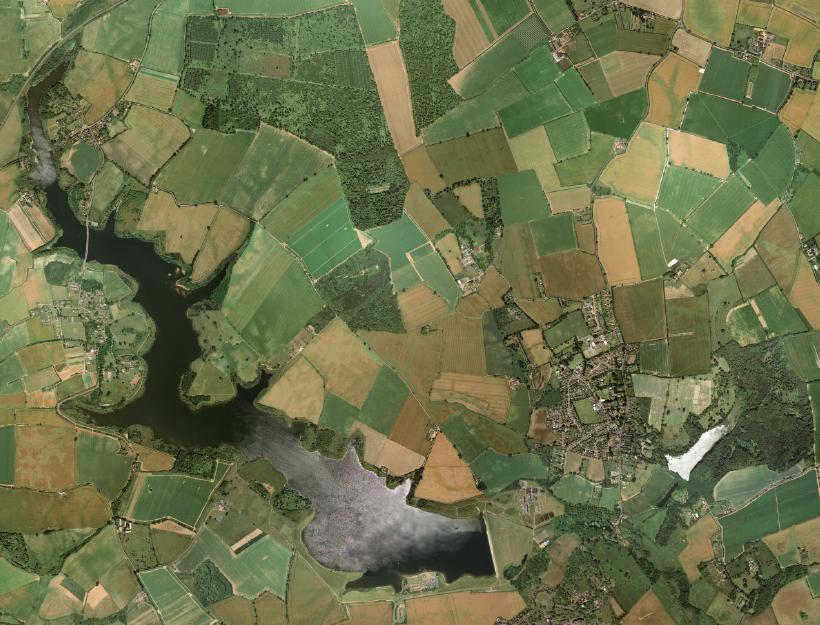