An open landscape of sand and shingle

This landscape is found in five narrow bands along the Suffolk coast: short stretches to the north of Lowestoft; at Kessingland; from Southwold to the north side of Dunwich; a long stretch from the south side of Dunwich Heath through to Bawdsey, including the substantial shingle spit of Orford Ness; and then a final short stretch at Felixstowe, ending at Landguard Point. There is also a small area of dunes that now form Felixstowe Ferry Golf Links.

These shingle ridges or coastal dunes are formed by wave action and longshore drift on sand and stones. When forming beaches, the shingle creates a long high ridge backed by soft cliffs or saltmarsh. However, apart from on Orford Ness there are no areas of natural transition from beach to saltmarsh because of the presence of sea defences. At Orford Ness a succession of shingle ridges has coalesced to form a broad and very flat plain, although the long tail of the spit remains a broad ridge. This 11-mile-long spit is the largest of its type on the east coast and has been evolving since at least the Middle Ages, though the  ‘nose’ or ‘ness’ that was more prominent in the past has been largely lost since 1601.

Because there is essentially no soil on the shingle, it is extremely arid and salty making it very difficult for plants to colonise these habitats. However vegetation does make a contribution to this landscape. Over time, wave action will sort the stone of the beach by size creating ridges of fine material on which it is possible for some plant life to colonise. However any disturbance of this vertical sorting of the stone will cause the matrix of plant roots and fine gravel to break down, resulting in permanent loss of the vegetated shingle.

On the shingle beaches of the county the intrusion of sea defence structures such as walls and groins is readily apparent. In short stretches there are beach huts and piers. However other income generating activity is not very apparent with only a small number of fishing boats now based on the beach.

The most significant structures in this landscape are those related to military defence. The most southerly is the fort at Landguard; the first fortification here was built for Henry VIII, but the first real fort was built in 1625, though renewed and enlarged many times up to the 20th century. From 1809 a string of Martello towers was built from Aldeburgh down to Felixstowe (and across the Orwell at Shotley) as a defence against Napoleon. These large dark towers are prominent features on this stretch of the coast, as can be seen at Bawdsey and Shingle Street. The two World Wars of the 20th century have left behind large numbers of structures along the coast, ranging from concrete gun batteries and pillboxes to anti-tank blocks and remains of scaffolding. There is also the vast and complex range of buildings at Orford Ness, from the early lighthouse to the Cobra Mist building and the World Service transmitter array. Especially on the Ness the built structures are on the same vast scale as the landscape.

On Orford Ness the lack of familiar points of reference at a recognised scale, such as trees and hedges, together with the presence of several very large buildings of unfamiliar and brutalist design, creates the feeling of a vast and inhuman landscape.

These are highly dynamic and fragile landscapes. They are threatened directly by human activity which can damage vegetated shingle structures. Furthermore the ability of this landscape to maintain itself is compromised by “coastal squeeze” whereby development behind the beach prevents the dynamic movement of material in response to rising sea levels. 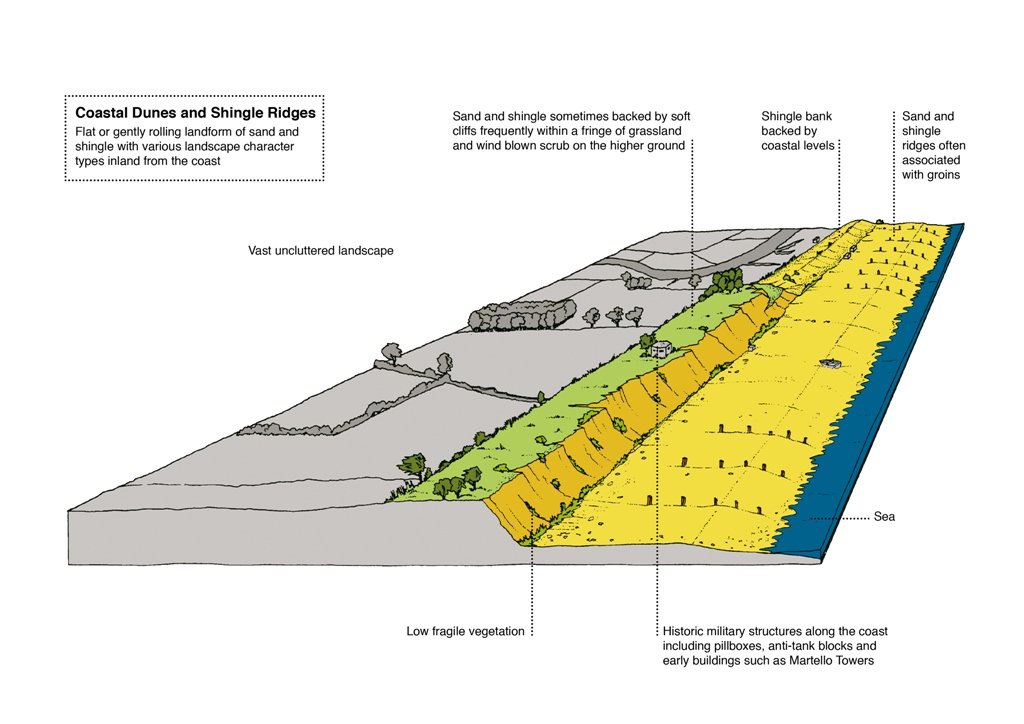 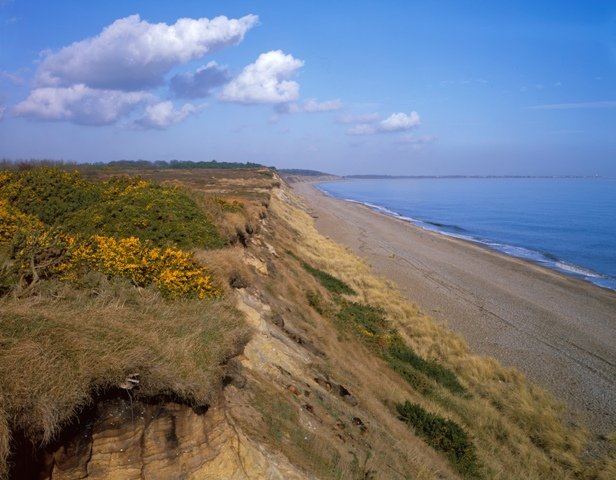 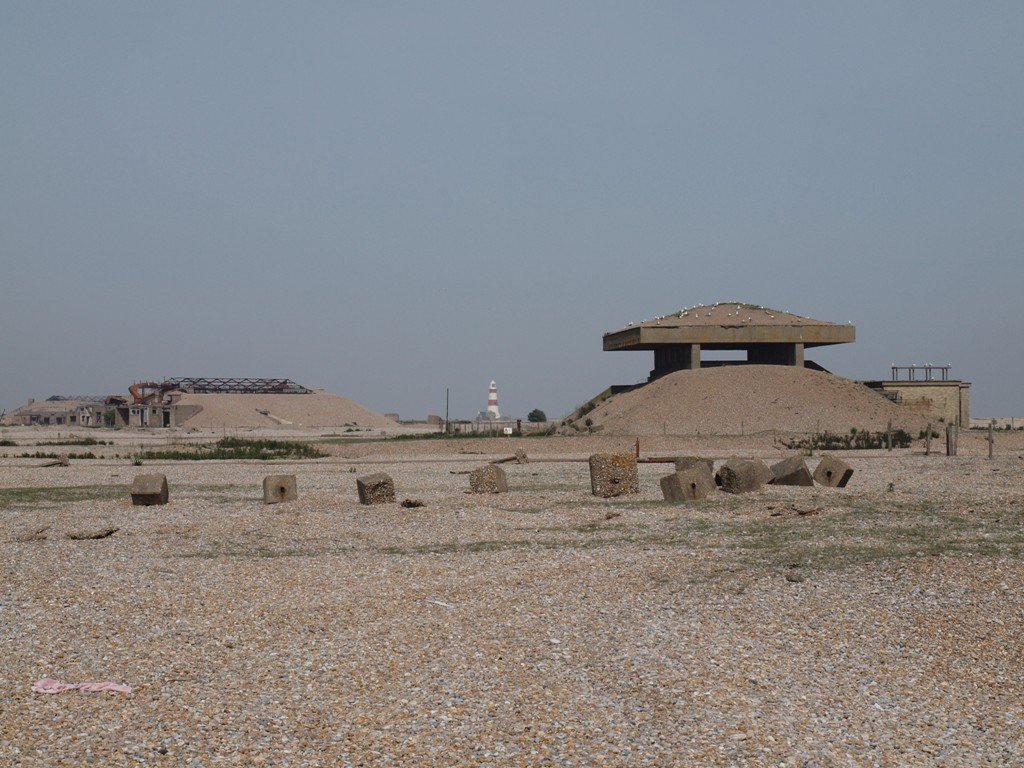 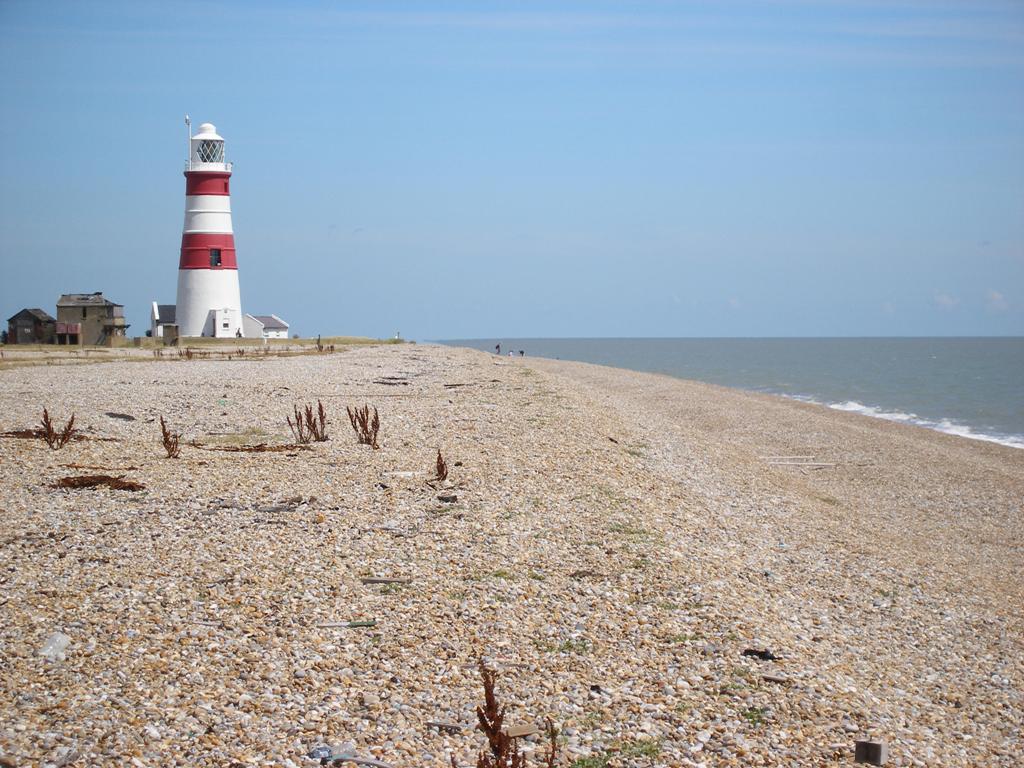 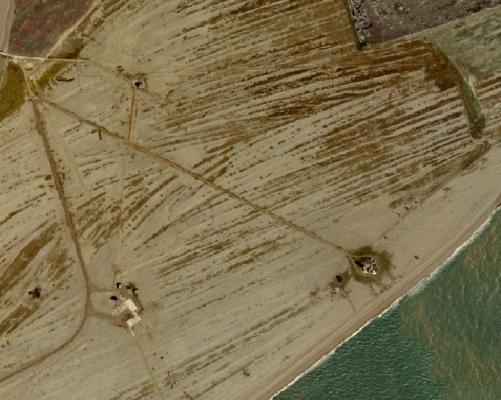