The landscape type also occurs in a relatively short length of the valley of the River Lark in north-west Suffolk, from Flempton upstream to Bury St Edmunds and from Bury to Sicklesmere.

These are flat valley floors made up of seasonally wet clays overlying alluvial deposits and peat, with some strongly peaty soils in the valley of the Alde, Ore and Fromus. In places there are ancient meres, as at Bosmere in the Gipping valley and Wormingford Mere in the Stour valley. More recent lakes have been created by the exploitation of underlying gravel deposits, particularly in the Gipping valley.

The damp nature of the land has led to a long use as meadows. Where these survive, they are now predominantly used as animal pastures rather than for hay production. The meadows are divided by wet ditches or dykes that in places are lined by trees or scrubby hedges. The introduction of more effective land drains in the 20th century has, however, resulted in the conversion of many meadows to arable land. In the wettest areas there are occasional small reedbeds.

These landscapes are generally unsettled although there are occasional farmsteads on the edge of the valleys or on locally higher spots. A notable early settlement is the Roman small town of Combretovium, which lay close to Baylham Mill in the Gipping valley. A number of medieval religious houses also occur within this LCT: Stoke College at Stoke-by-Clare, Clare Priory and Campsea Ashe Priory. The important Norman castle at Clare is similarly located, as is the Norman ringwork at Court Knoll in Nayland and another probable ringwork near Creeting Hall in the Gipping valley. There are also some significant medieval and Tudor moated sites: Parsonage Farm in Melford, Boxted Hall, Smallbridge Hall in Bures St Mary, Shelley Hall and Letheringham Hall.

Historically, the value of the meadows precluded their use for woodland, except in the wettest areas where alder carrs were a more viable option. Some of the alder carrs still survive, but the decline in the value of meadows in the 20th century led to plantations, particularly of poplars or cricket-bat willows, being introduced into the valleys. Some ‘amenity’ planting of trees in the valleys has also occurred which is out of character with the pattern, species and extent of tree cover of this landscape character type.

These landscapes often form wonderful examples of pristine and picturesque meadows in a wider arable landscape and, if accessible, such as the meadows of the Sudbury common lands, they can provide an oasis of enclosure and confined views. This is enhanced with the presence of cattle grazing. On the drier sites or where the valley is very narrow, such as south of Bury St Edmunds, arable cultivation is the dominant feature. Many of the valleys were converted to arable in the second half of the 20th century, but in some places this has been replaced by set-aside, or grassland recreated with the aid of government environmental grant schemes.

Some of these landscapes are in excellent condition, However, many are affected by intakes into arable production, by horse grazing and by under-grazing. The sense of tranquillity and isolation of this landscape can also be intruded upon by the development of the adjacent rolling valley landscapes, which are often a focus for settlement and development. 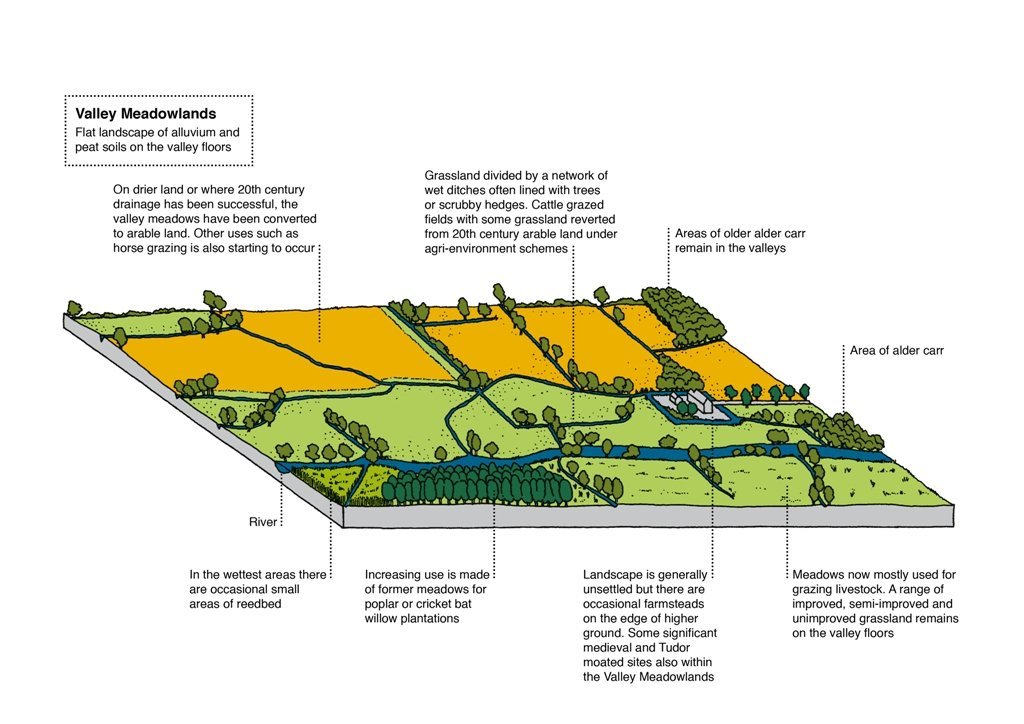 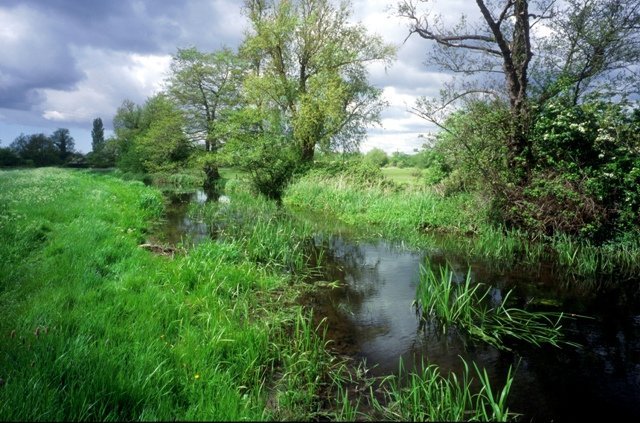