This landscape is found in three valleys in the west of the county. The first is the valley of the river Kennet between Moulton and Kirtling. The other two areas are alongside small tributaries of the Lark between Denham and Kentford, and between Hargrave and Barrow heath.

The underlying geology of chalk has a profound influence on the character of this landscape. It has created a shallow free draining mineral soil on land that is sloping, sometimes steeply. The soil type and geology has made the smaller streams in the valley bottoms weak features with little in the way of a floodplain and some are entirely seasonal, existing only as winterbornes.

There is a strong planned character to this landscape with some large plantation woodlands and many coverts and belts. Beech is a prominent component of the woodland cover. However, ancient woodlands do fringe these landscapes at sites such as Hearse, Wilsummer and Leipsic woods which frame the upper slopes of the valleys.

The pattern of fields is generally large and rectilinear, created in a process of planned enclosures during the 18th century. The hedges are therefore composed of hawthorn, with occasional ash trees, and are managed tightly and kept short.  This regular pattern on well drained soils has been very amenable to amalgamation of fields and further tidying up of boundaries in the period after WWII.  The effect of this has been to create an open and somewhat uniform landscape in many places.

The villages, such a Moulton and Dalham, are quite small and tightly clustered and there is also a scattering of small farms in the Kennet valley. In the other two smaller valleys only a scattering of farmsteads and small hamlets such as Birds End are present. Flint and thatch is widely used for vernacular houses, especially in the northern part of this area.

The combination of gently rolling chalk valleys with their planned layout and scattering of small woodlands can feel rather unexpected in Suffolk. It is one of the few places in the county when solid geology makes a really significant contribution to landscape character. This is much more apparent here than on the Estate Chalklands to the north where the contribution of landform is partially obscured by the very strong estate character.

This landscape is in generally reasonable condition. However the historic pattern has been degraded by agricultural improvement. The development style in the villages has created a rather suburban feeling. 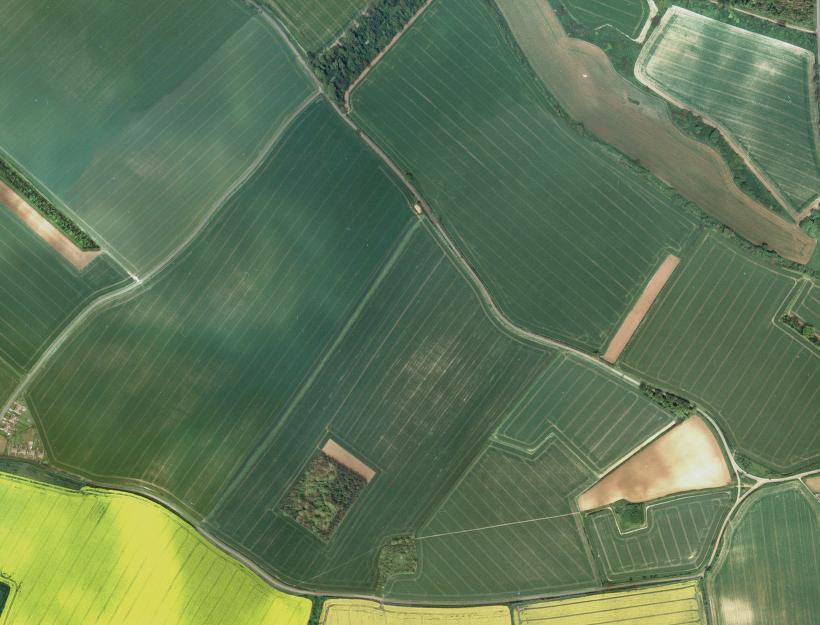 Regular fields and squared off plantations